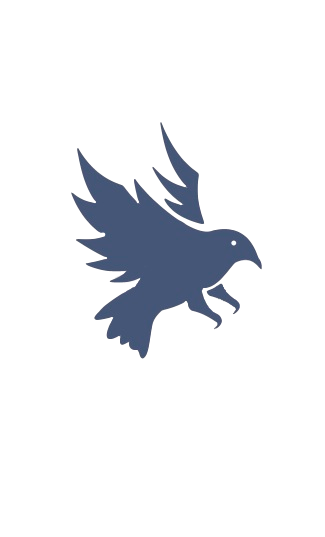 It has been a busy week here at Stylehawk, which is great for this small business owner!  One of the challenges that I struggle with is balancing the time necessary to provide my current book of business the attention it needs while also keeping my eye on customer acquisition and on business development.  That is THE small business challenge for all of us.

It’s fun… and overwhelming… and exciting… and scary..!

This week we booked martial arts events in Houston, Cleveland, Baltimore, Seattle, Boston and San Diego… we hope to get additional confirmations in Albuquerque, Austin and Oklahoma City before the week is through.  We have also been working on a few fitness events and a couple of new cheerleading competitions as well. It is super exciting to be involved with so many great events, and it is rewarding to see event promoters start to understand the value Stylehawk brings to the venue booking process.

Speaking of… I am really concentrating hard on how to make sure we are structured in a way that is directly solving the pain points for event promoters and event venue operators.  Based on my experience as a long time venue operator, I feel like I have a good handle on how to add value and drive revenue to our venue partners but also recognize that not all venues are as entrepreneurial as I was (not a bad thing, just a different set of priorities in their booking model) and understand that the concept of a venue sourcing specialist is unfamiliar.

I am asking the same questions for event promoters. I believe the venue sourcing process is frustrating and time consuming and my goal is to change that.  Event booking has always been human and subjective… that may never change but we have the opportunity to streamline it and to demystify it while creating a collaborative community.

Mutual benefit is the objective- more booking opportunities for our venue partners and a less painful experience for our event promoters.

I am excited about some of the concepts we are playing with and am eager to start tinkering as we move into the new year.

Now… for the reading suggestions…

In 2015, a spectator sitting in the second row of the upper deck in Atlanta’s Turner Field stood up to boo Alex Rodriguez, tumbled backwards and fell over the 30 inch- high guardrail before falling forty feet to his death.  As would be expected, the fallen man’s family has been embroiled in a legal battle with the Atlanta Braves, Major League Baseball and Fulton County. The primary argument is that the rails were too low and this was known by all named prior to the accident.  This article is most specifically talking about the fact that the court has sealed so much of the documentation that “it is ‘virtually impossible’ to figure out the arguments being made in the various court filings” and this negates a vital part of our democracy.  Furthermore, “the redacted and sealed portions of the judicial pleadings and records at issue bear directly on such fundamental issues as ballpark safety..” and thus concealing this information could put other fans at risk.

I am less interested in the legal conversation and more focused on how this conversation affects venue operators.  Some of my thoughts are: 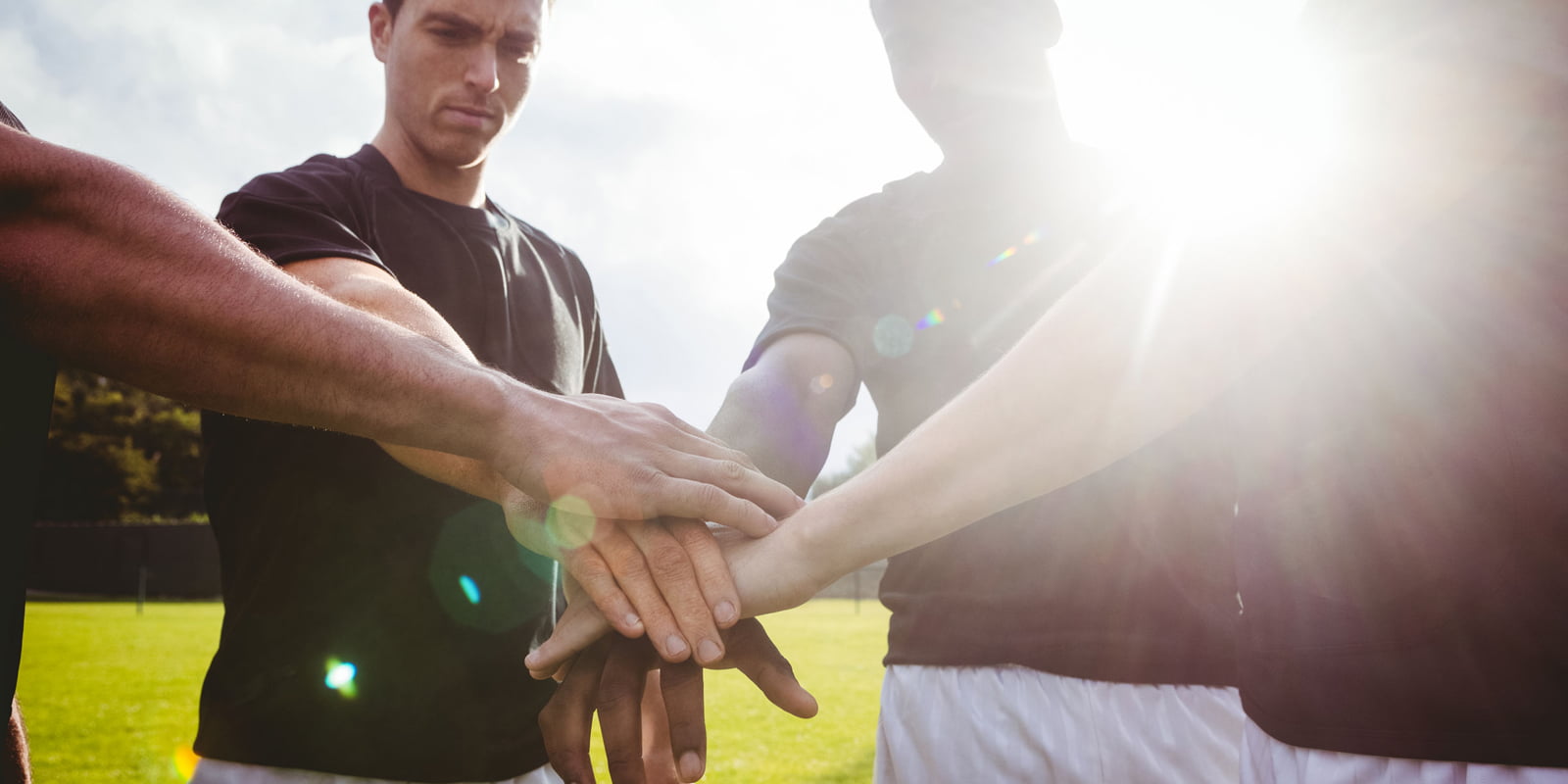 I have written a lot about customer service here.  Specifically, I talked about building a service culture in which management clearly articulates what the organization’s service promise is and gives explicit instruction on how to meet that promise.  Once that happens, it is important to bring the right people in, train effectively and properly empower.  In this article, the author tells us that the commonality amongst the best customer service brands is that their staff all have “the ‘yes’ mentality.”  That is an understanding “that serving the customers positively and proactively is the default, the expected behavior.”  This expected behavior becomes the norm in two ways that are somewhat indistinguishable (1) hire people who exhibit this mentality innately and (2) establish an environment of “positive peer pressure” so staff raises each other up internally. 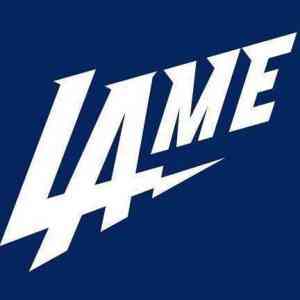 So… It might be a stretch to file this under efficiency… but… it is the big news of the week and is a great topic for us to dive into.  It specifically speaks about booking processes.  For those who don’t know, the NFL is trying to get more international.  To this end, they are scheduling regular season games in foreign markets.  In this case, the two best teams in the league (Go Chiefs!) were scheduled to play a Monday night game in Mexico City.  After reviewing field conditions this week, the NFL decided that conditions were so poor, it presented a legitimate safety risk for the players and made the decision to move the game to Los Angeles (a Rams home game).  Reportedly, the field at Azteca Stadium has been overprogrammed with two LigaMX teams playing in the stadium and a couple of concerts that shredded a relatively new playing surface. I have zero exposure to this specific situation, but have some general thoughts based on my past experiences:

I believe the NFL makes decisions that prioritize revenue over all else.  They are a business and that is their right. As a San Diegan and a spited (former) Chargers fan, we have seen that loyalty and integrity are not dominant traits for the NFL and that dishonesty is a tool that has and can be deployed.  This game features two 9- 1 teams with some of the league’s hottest young stars on the field. It is without a doubt, the most interesting game of the year so far. The NFL also has a new Football Taj Majal being built in LA and are attempting to rebuild an NFL culture there.  This is a tremendous marketing opportunity for the league and for the Rams (powerful owner?).  Seems convenient for the league to be able to take advantage of that situation while pointing the finger at someone else (stadium management at Azteca Stadium).

Playing an NFL game in an international location is a big deal.  The NFL has some of the best attorneys around. Isn’t it reasonable to assume that they would write exclusivity into the contract thereby guaranteeing event programming would not impact conditions for the contracted game?  I have not contracted for NFL games, but have worked with other professional leagues who have requested exclusivity to be a part of the contract.

Why was the decision made this week?  Haven’t NFL staff been on the ground for weeks or months before?  The USOC already has people in Paris working on setting up the Olympic Village for 2024.  The USOC works hard to make sure their operations are established and independent of the host city (that is why the Ryan Lochte situation in Brazil was such a scandal).  The USOC never wants to embarrass the host and therefore diligently prepare. Heck… when I was managing events at the Chula Vista Elite Athlete Training Center the MLS and Bundasliga teams were prepared to send a grounds crew out in advance of their training camps (at their expense) to ensure the field conditions met expectations.  Am I to believe the NFL did not send grounds people and rather were planning on just walking into the stadium the week of the game as a rental tenant..?

Last week, I shared some links about Elon Musk and Walt Disney.  So… I figured as long as I am examining entrepreneurial geniuses I should also look at some of the things Steve Jobs has to say.  This video came shortly after Steve Jobs was renamed CEO of Apple. He is asked a very pointed question about technology development and his role in the process.  His answer is simple… but something I think a lot of entrepreneurs miss. In truth, it is something I have been struggling with and is the reason I am desperately trying to understand the pain points for our event promoters and venue operators.  Steve Jobs said that when working in innovation, the first thing you must ask is, “what incredible benefits can we give to the customer?” It is a customer first approach. If the customer isn’t of the utmost importance, the innovation cannot hit its mark.  In a funny way… this almost echos last week’s courtesy post about “giving ‘em the pickle.”

I have a very fond place in my heart for all things Long Beach State.  The Beach was a great place to work and there are amazing people there still.  It is no surprise then, that Blair Field is one of my favorite ballparks.  It has unique and amazing history. More MLB stars have played in Blair Field than any other ballpark and Dirtbags baseball is pretty awesome!  In addition to all that history, Blair Field is getting better! The ballpark has undergone some recent renovations including the addition of the Troy and Danyll Tulowitzki Batting Facility and the Jered Weaver Bullpen and more is to come.  A generous donation from Marilyn Bohl will go towards new field lighting, improved playing field, additional team facilities and upgraded fan amenities.

Cameron Ungar has overseen event operations in a university setting for 10 years. His expertise in event management stems from operating a broad range of university athletic facilities and the planning of hundreds of events annually. Cameron and the team at Stylehawk Event Services are experienced event management professionals serving San Diego County, Orange County, LA County, and the Inland Empire, and are active members of the International Association of Venue Managers.

What Our Clients Say About Us

“We recently started using Stylehawk Event Services to provide support services for our major events, and they have been an amazing addition to our team. Stylehawk owner Cameron Ungar is an impeccable leader and organizer whose extensive background in event logistics, event services, staff recruitment and management has helped take our events to a higher level of professionalism and quality.” - Legendary Competitor NLI Series

A great read for anyone wanting to understand the genesis of our San Diego event services company.